Hair products are often marketed to provide good ‘body’ to the hair while taming flyaways and frizz.

The efficiency of these products has to be scientifically proven. High body follows the loose definition of thick and bouncy hair with high volume and much movement when the head is turned. It may also be defined as hair with good elevation from the scalp in both the vertical and lateral directions.

Performing a hair body measurement in the Volscan Profiler, combines the movement of dynamic testing with laser measurement and the flexibility of a wide range of digital dimensional measurements with rapid analysis.

The hair tress is centrally supported between the instrument arm and instrument base so that it hangs freely. During the scan, the Volscan Profiler is able to rotate the sample at a chosen speed (causing the tress to splay) whilst a vertically moving laser maps the contours of the splayed hair tress.

Calculations of the resulting 3D scan reveal measurements of volume and frizziness as a result of tress preparation or added treatments.

The most important aspects of a scan of a hair sample are related to the way in which the bulk of the sample spreads out as body and frizziness are generally of the most interest.

• The Volume of the hair sample is the most fundamental of these parameters, and gives a fast estimation of hair body.

• The scan’s Surface Area is calculated and will be larger for hair with more body and movement as it is related to the spreading out of hair.

• The Maximum Projection is another area calculation which represents the body of the hair. This measurement looks at the splayed hair tress while turning as if seen directly from below. Hair that has spread out further while turning has greater body, and will cover a larger projected area.

• The Largest Radius of the Maximum Projection represents the furthest flung hair, giving the absolute maximum movement of the hair from the central point.

• Frizziness is calculated by using the jaggedness of the maximum projection outline and comparing with a mathematically smoothed outline – the frizzier the hair, the more jagged the outline. 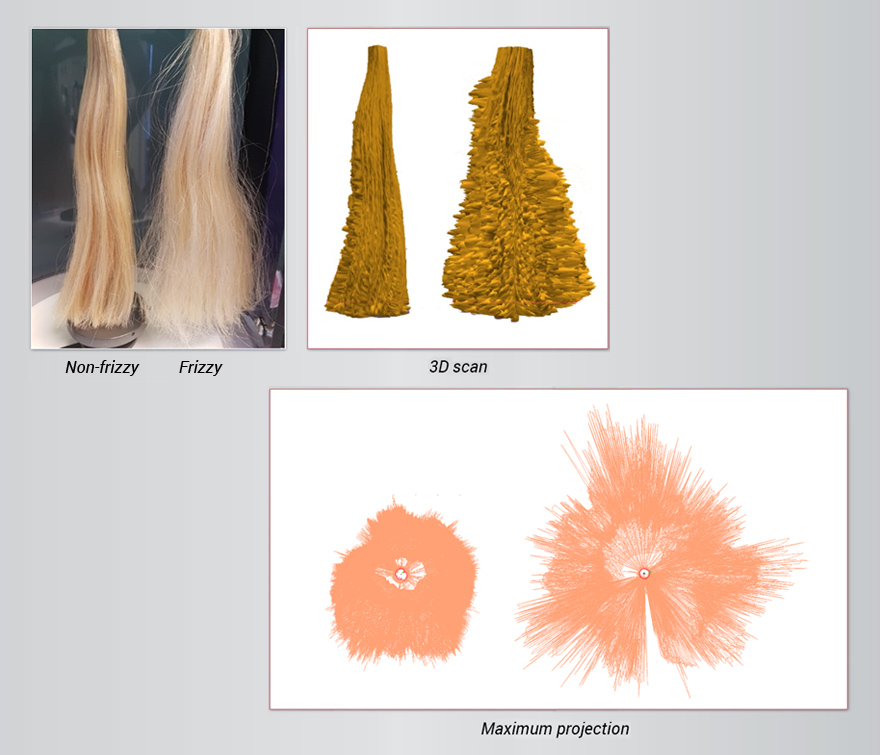 Mannequin heads are widely used in the haircare industry for use in the assessment of haircare products, particularly those that claim to give good body, root lift or hold. Traditionally, these products have been very difficult to measure manually, and a compromise must be made between precision and speed. For example, root lift measurements can be made using Vernier callipers a set distance from the hairline but this a measurement that will be susceptible to human error and variation between technicians.

Mannequin heads are simple to measure in the Volscan Profiler with the use of a supporting base to hold the head which allows the measurement of many different aspects of mannequin heads.

Whole Head Analysis: the head may be treated as a whole, which will be a useful measurement when one head sample is used per treatment method. Volume is the most important measurement here, although crown height (or ‘root lift’) and crown base area (lateral volume) may also be measured.

Vertical Half Split: For a mannequin head that has separate treatments for each side, the head can be split vertically in half for further analysis, such as comparison of volume as a result of differing treatments.

Crown Analysis: Crown volume and crown height are the two main examples of crown analysis. However, hair body is not simply a vertical increase from the head. Volumising treatments also add width to the hair at the base of the crown, consequently, a measurement of the Slice Area at the base of the crown will indicate the lateral body of the hair in this region. 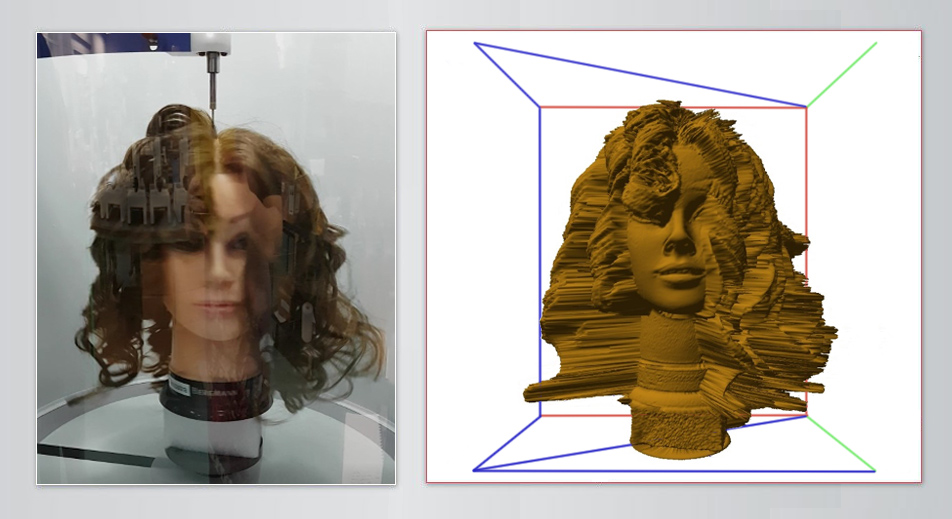 A large portion of the haircare market is dedicated to providing products that will prevent curled hair from drooping throughout the day, under fluctuating stresses or in a particularly humid environment.

A common test used to substantiate these claims is the ‘curl retention test’. In this test, a hair sample is moistened, the fixative under investigation applied, then the curl is rolled around a curler and held in place at a controlled temperature. When it is dry, the tress is removed from the curler and subjected to challenging conditions – for example, it may undergo multiple cycles of extension to a high strain, or placed in a controlled humidity chamber.

The ‘curl retention’ is often measured in the form of a percentage length change at set time periods. This measurement is traditionally a manual one, and so prone to human error. However, using a custom made attachment for the Volscan Profiler, the curl can retained for laser profiling and its length is measured from the resulting 3D scan.

When a tress is undergoing high strain cycles as part of this process, they are traditionally applied by hand. A technician stretches the tress a set number of times before the curl measurement. However, this step can be replaced with a much more reliable technique using tensile grips and a Texture Analyser, applying exactly the same extension per cycle (unlike the manual process). This removes the uncertainty and error that comes from the traditional manual method.

Curl retention as a percentage of the original length before humidity or strain were applied can be carried out with Volscan Profiler analysis after the scan has been performed.


• Request an article about Hair physical and dimensional properties

When you've taken a first look at Volume and Density Measurement, why not ask for some more information...

Discover more about the Volscan Profiler

You should ask before you buy a Volume Measurement instrument

How the instrument works 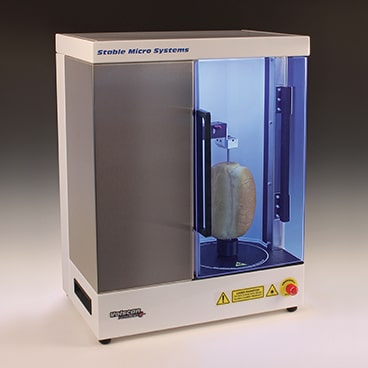 Measure the volume, density and dimensional profiles of solid products. 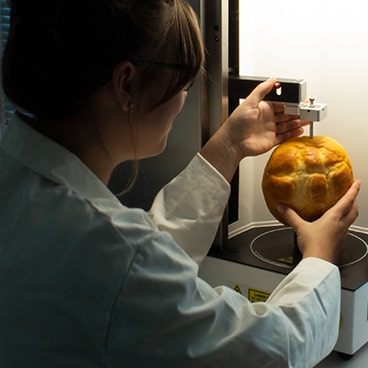 Learn what a Volscan Profiler is and how it is applied for dimensional measurement. 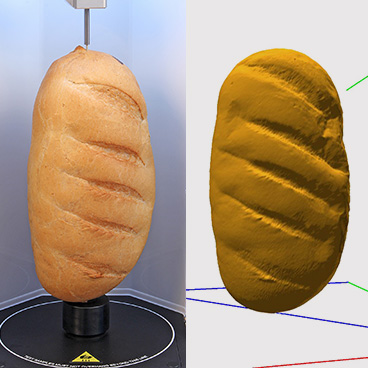 Proven to be the most accurate and repeatable volume measuring instrument in its class. 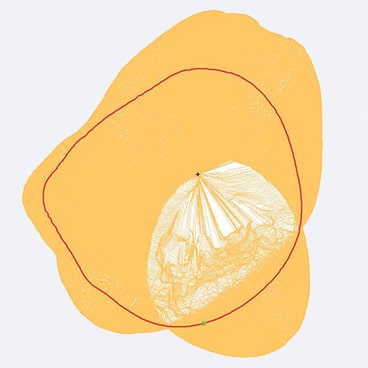 The most comprehensive software and data analysis tools in this field with unique features.

View a range of optional extras that are available to enhance your testing.