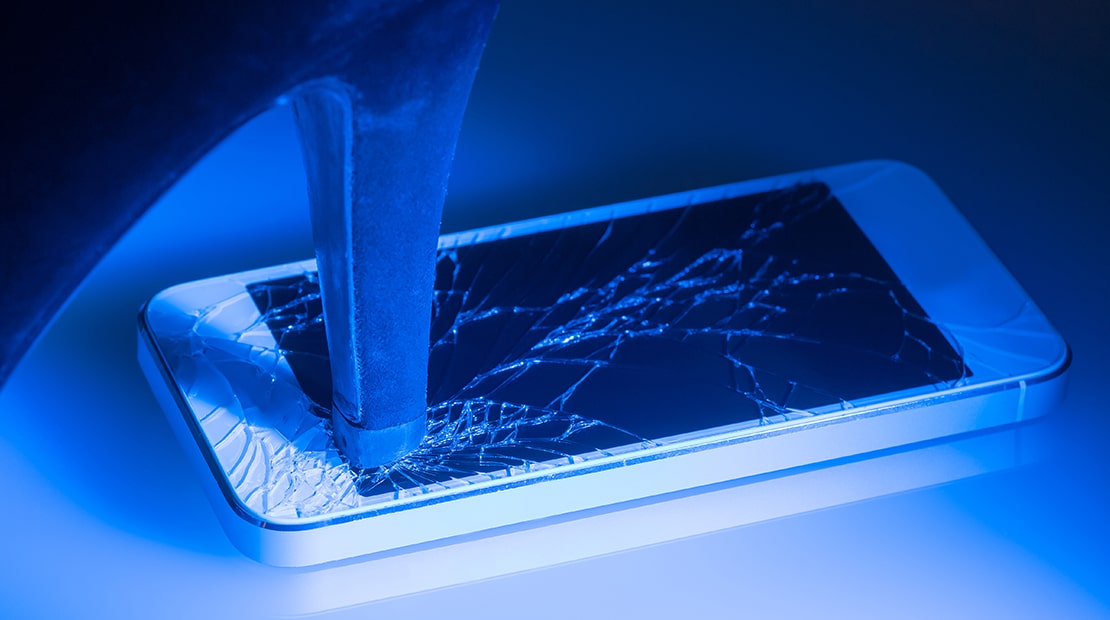 What is Force Testing?

Force Testing is a simple means of determining how easily an item will fail, break or actuate something and is the simplest type of material testing assessment that is imperative to the safety of the world around us and the objects we use. It is a way that manufacturers can measure the ease or difficulty of how something can be pushed, pulled, bent, compressed, cut, peeled etc. and by measuring the force to perform these actions on products will determine whether they will function properly when in use and are therefore fit for purpose. In quality control, for example, such measurements will serve as a record of a product’s safety and performance and likelihood that it will function correctly in the manner in which it is likely to be used. Failure to do so may affect safety, acceptance and ultimately loyalty of the user/consumer thereby making this type of assessment an integral part of the manufacturing process.

How is Force Testing applied?

In its simplest use, force testing equipment can be employed to provide a single force measurement from a component or product such as the maximum force required to break in half, average force required to peel packaging, the minimum force to actuate an inhaler or the force to press a button in order that something will work. Force testing equipment can also be set up in a cyclic motion (i.e. multiple cycles of tension or compression) in order that something can be repeatedly tested to ascertain whether any weaknesses appear in the product/component through continuous application of a load that may occur during its lifecycle. Whilst single values can be displayed simply on a touchscreen in a production environment, typically force measurements are shown on a graph (against time/distance) with a displayed band of acceptance. Failure of the force to fall in this band would indicate that the product will not perform correctly or is not of the desired mechanical/physical quality. 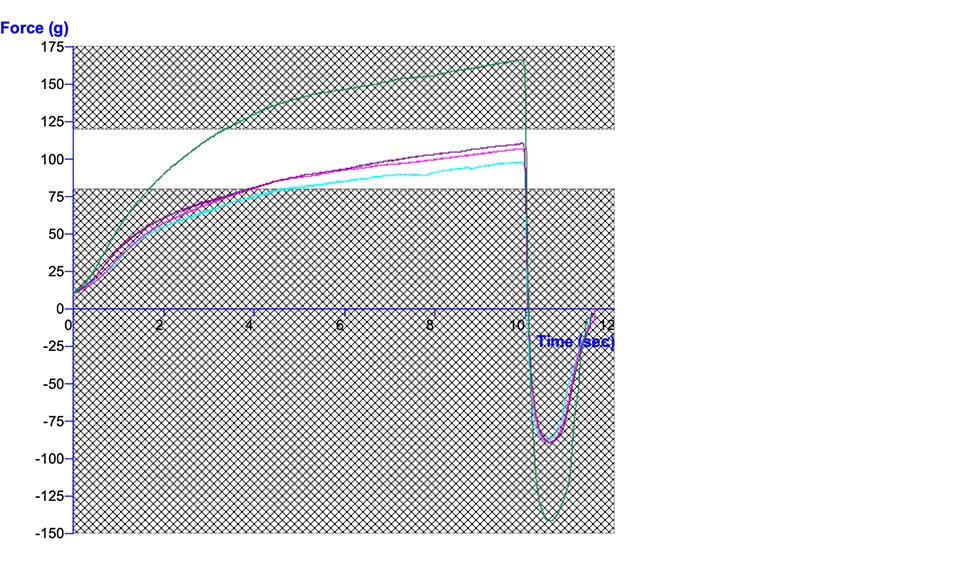 How does Force Testing work?

Texture Analysers/Materials Testing Instruments provide the means to measure force as the result of their major component: a load cell. The load cell is housed in the arm of the instrument and is driven at controlled speeds to chosen distances in order to test a product. A range of Texture Analysers are available varying in maximum force capacity and height options suited to the requirements of the application.

Our most popular force testing equipment:

Take a closer look at the range and compare Texture Analysers

When performing force testing in compression or tension they can be setup in a fundamental, empirical or imitative way.

A large number of users use their Texture Analyser to calculate fundamental parameters by taking into account the geometry and dimensions of the sample as well as the specifics of the test set up along with the relevant engineering equations. This type of testing allows easier comparison of different samples and comparison with literature data, but does require more sophisticated analysis to convert forces to stress and distances to strain.

One of the most commonly used fundamental tests is the measurement of Young’s Modulus. Fundamental tests generally assume (1) small strains (1-3% maximum); (2) the material is continuous, isotropic (exhibiting the same physical properties in every direction), and homogeneous; and (3) the test piece is of uniform and regular shape. Whilst fundamental force measurement tests are popular in the materials world most textural tests made on foods fail to comply with the three assumptions listed above. Fundamental tests are not used to any great extent in the food industry as they do not correlate as well with sensory evaluation as do empirical tests but they do have a place in some research laboratories.

Texture Analysers are very often used for quality control of irregular products by the use of empirical force measurements. The force required to crush a tablet or the distance a biscuit bends before it snaps are invaluable pieces of information to manufacturers looking to develop new products or ensuring products perform correctly during spot checks. This type of force measurement test is ideal for products that have an unusual geometry, but it is also useful for testing more complicated systems, such as the combination of a product and its packaging, for example crushing a box of eggs, with the added benefit of time saved by allowing a product to be tested straight off the supply line.

Imitative tests measure various force-related properties under conditions similar to those to which the sample is subjected in practice, that is, the properties of the material during handling and the properties of the sample during consumption or use. This class may be considered as a type of empirical test because the tests are not fundamental tests. If you’re not bound by any existing constraints and are looking for the most simple testing solution, sometimes the easiest approach is to set up a test that closely imitates the way the product is evaluated in real life. This type of force measurement test usually also makes data interpretation easier for you to understand. 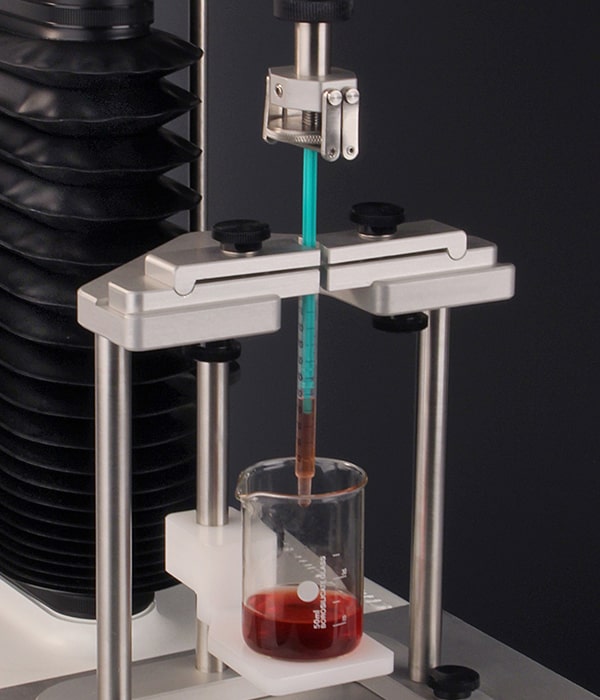 Measuring the force to extract or aspirate a syringe 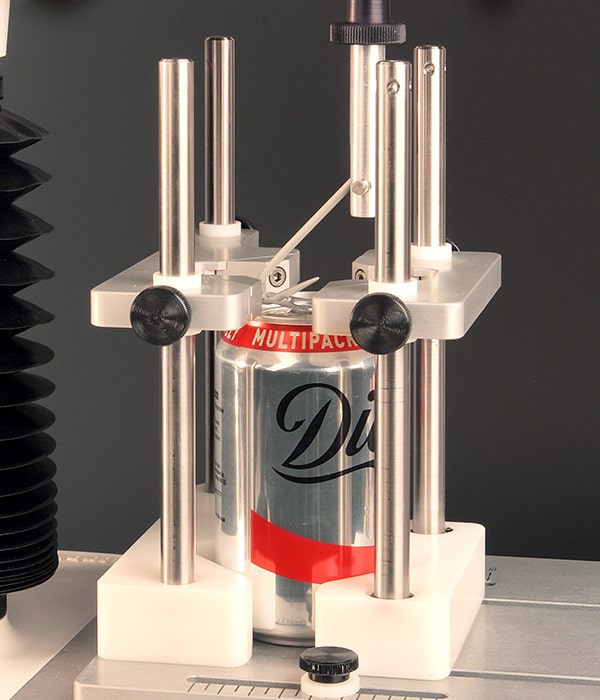 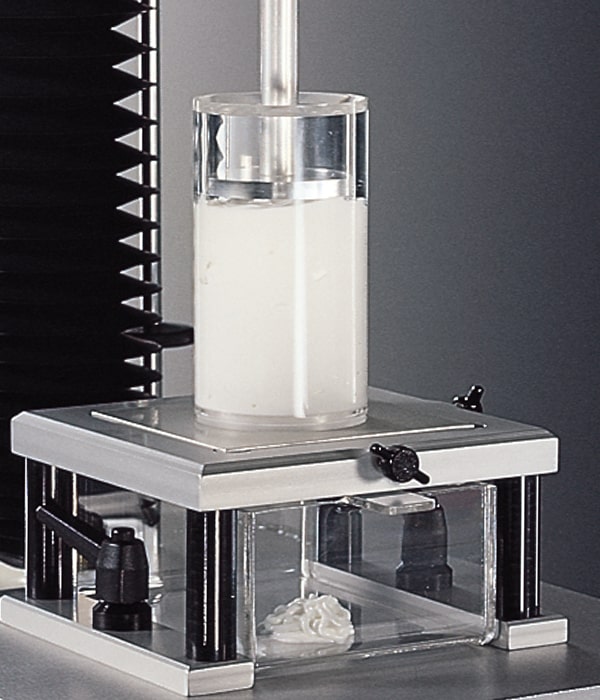 Measuring the force to extrude a semi-solid through an orifice 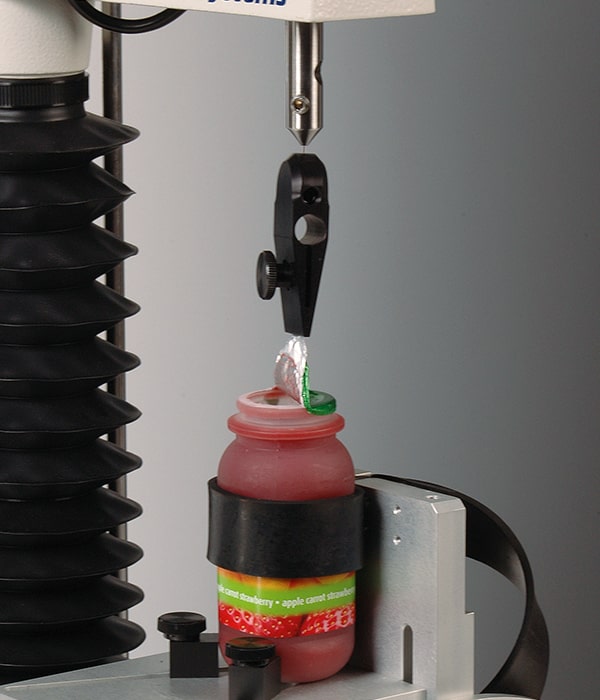 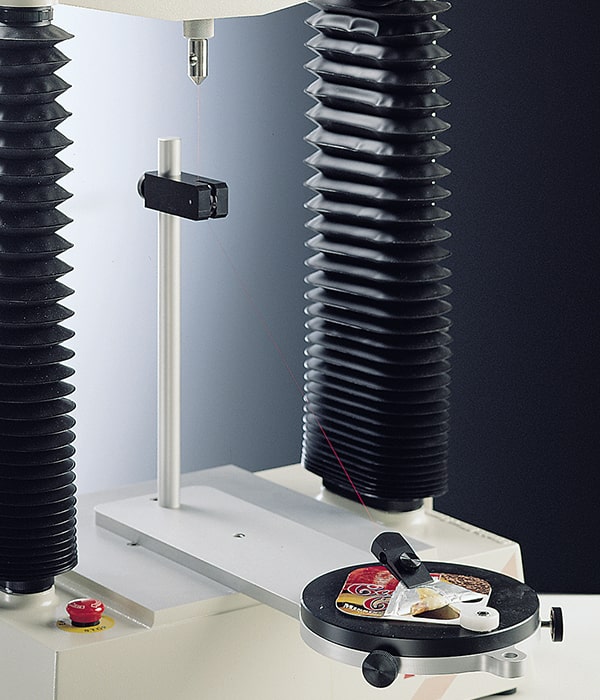 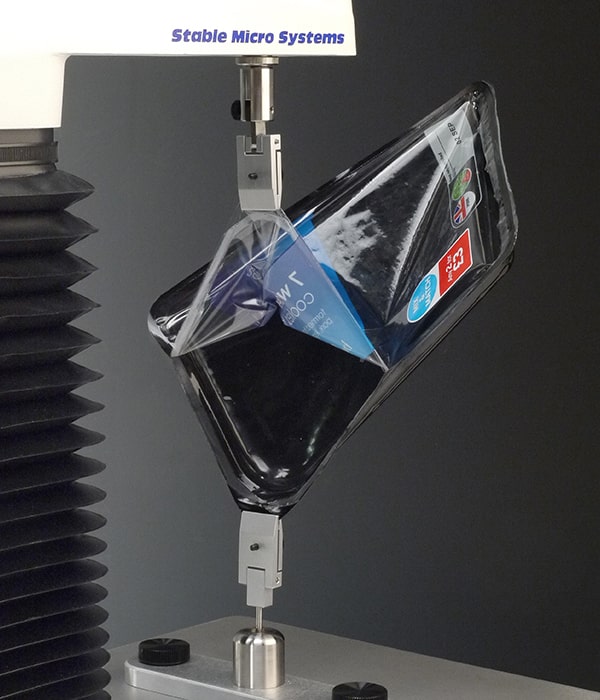 Measuring the force to peel a film to open food packaging 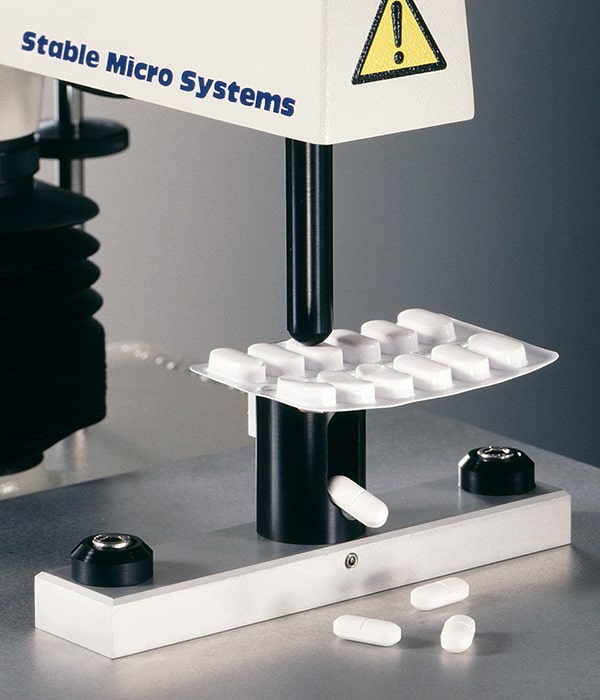 Measuring the force to remove a tablet from its blister packaging 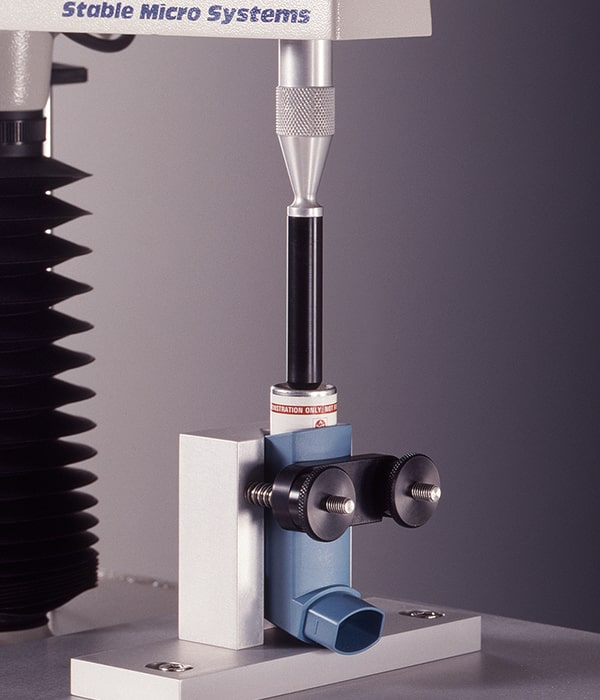 Measuring the force to actuate an inhaler to deliver a drug 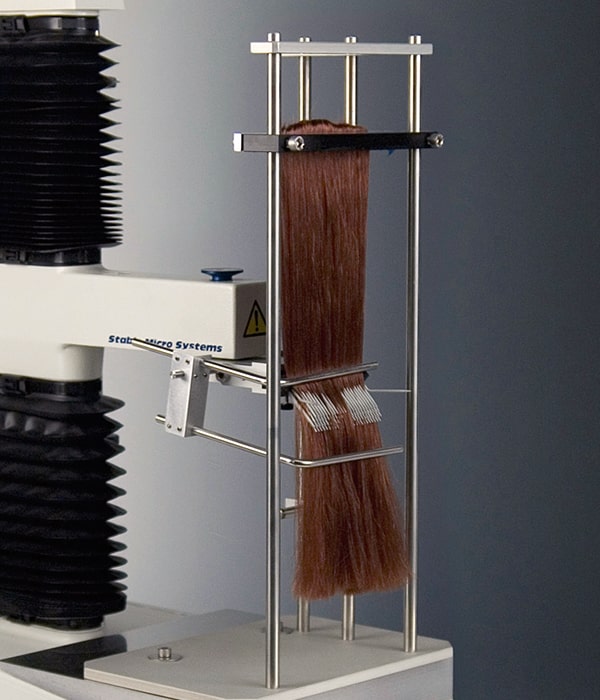 Measuring the force to peel a film to comb hair 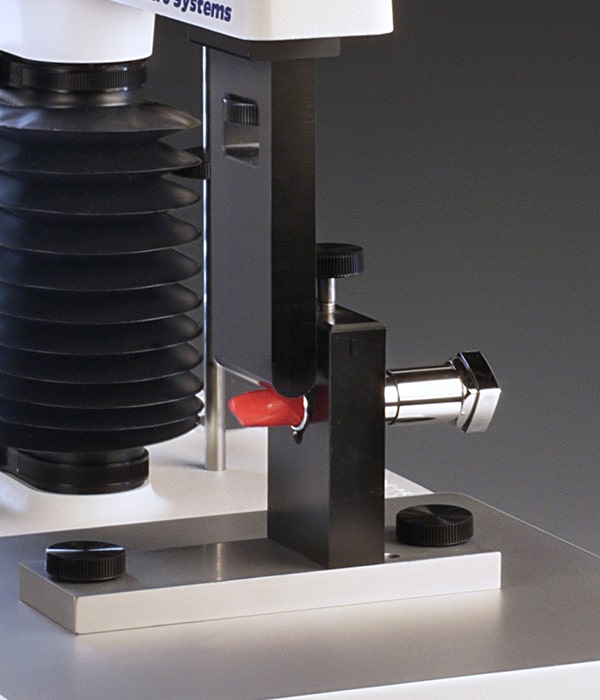 Measuring the force to snap a lipstick during application 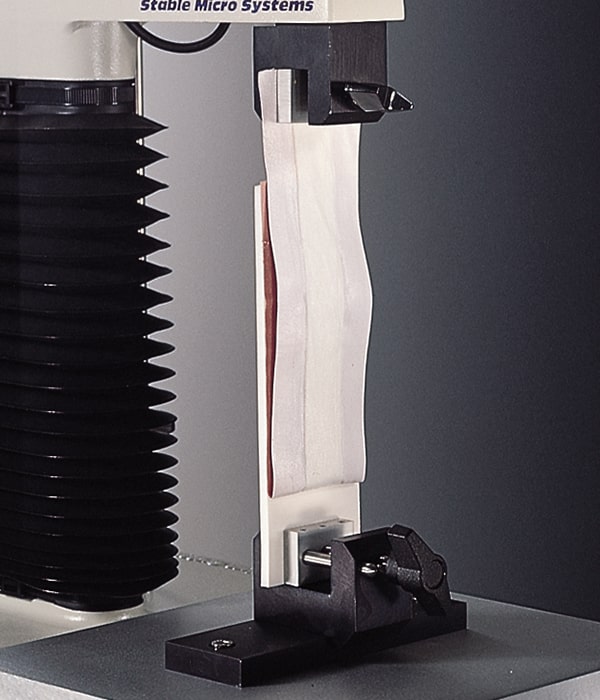 Measuring the force to peel off a bandage 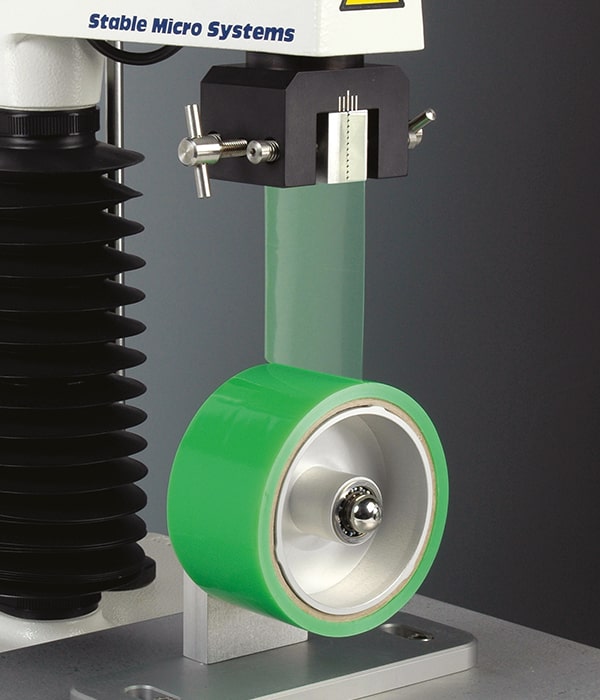 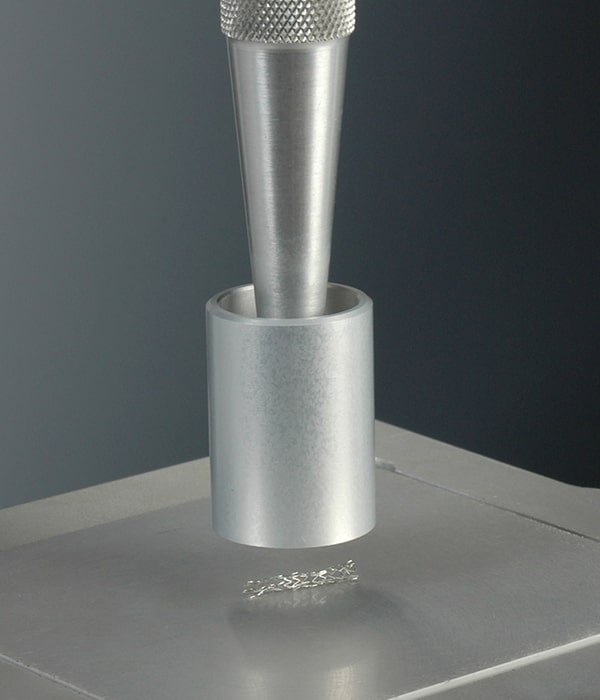 Measuring the force to crush a stent 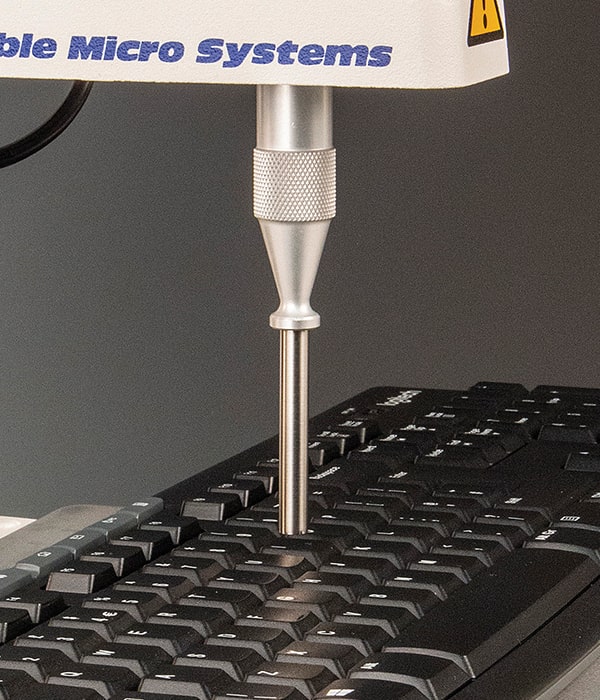 Measuring the force to actuate a keyboard key 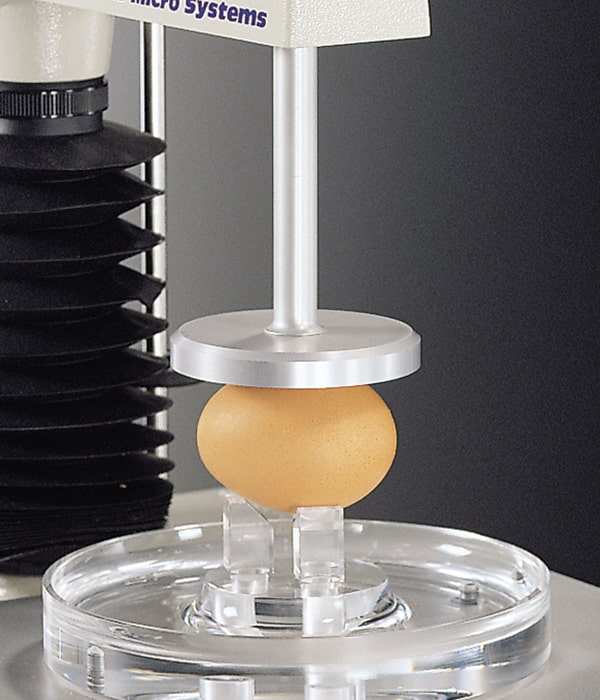 Measuring the force to break an egg

Patents and applications for testing materials 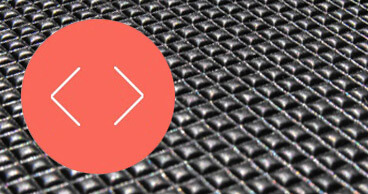 ... operating our instruments for materials testing...